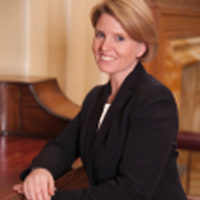 It’s great to be with you. To answer your question, for quite a few years, I had been struck by the extensive discussions taking place in the arbitration community regarding how we could arbitrate climate change disputes but the complete absence of any discussion about our role in addressing climate change itself. The environmental impact of an arbitration was really brought home to me in 2018 when I was chairing a major arbitration. At the end of the two week hearing I looked at the wall of printed binders of documents behind me and realised that not a single binder had been opened during the hearing. This led me to reflect on the way in which we were running arbitrations. I thought back to my first arbitration in 1998 and realised that there had been very little evolution in the intervening period.

Shortly afterwards I was asked to speak on a panel on technology in arbitration. It was clear to me that all the technology that we needed to run arbitrations both more efficiently and in a way that was better for the environment was readily available to us. However, as far as I could tell we were not using the technology for either purpose. At that point I launched what I called my “green pledge” which was a promise that I would try to run my arbitrations in an environmentally friendly way and encourage those appearing before me to do so as well.

You launched “The Campaign for Greener Arbitrations” in 2019. What was the reasoning behind the Campaign?

You analyzed the signiﬁcance of the carbon footprint of the arbitration community in a study in 2019. What were the major ﬁndings?

With the assistance of a team from Dechert LLP the Campaign analysed the carbon footprint of a major international arbitration and concluded that almost 20,000 trees would be required to offset the carbon equivalent emissions generated during the conduct of the arbitration.

What are the main factors you identiﬁed in the study to cause carbon emission?

How can the arbitration community reduce the carbon emission and what role does digital transformation play?

We have just launched our Green Protocols which set out in detail the main steps arbitration practitioners can take to reduce their carbon footprint (https://www.greenerarbitrations.com/green-protocols) so the simplest thing that the arbitration can do is to consult the relevant protocol. There are six protocols and an overarching framework. The protocols are:

At its most basic level, the Campaign has three simple messages: adopt clean energy, fly less and eliminate hard copy bundles. In relation to the second and third messages, clearly technology plays a key role. However, there is a lack of awareness of the significant carbon footprint that digital communications may have, so the Campaign is working on producing information as to the steps individuals can take to reduce their digital carbon footprint as well.

If something doesn’t challenge you, it won’t change you

The Guiding Principles of the Campaign are essentially a re-statement of my Green Pledge. They promise that arbitration practitioners signing up to the Green Pledge and the Campaign will work towards:

One of your Guiding Principles is to encourage the use of videoconferencing facilities as an alternative to travel. Since the outbreak of the pandemic, traveling has been reduced substantially. Do you believe that Zoom etc. will keep playing an important role as soon as travelling is allowed again?

Yes. I think we have all been surprised at how we adapted to the pandemic and how we have pivoted, pretty seamlessly, to remote hearings and online events. It was Einstein who said, “in the middle of difficulty, lies opportunity”. There is no denying the difficulties we have all been under this year. In some ways there is also no denying the opportunities that have arisen. In the international arbitration world, we have an opportunity to deliver sustainable change in reducing our collective carbon footprint and we need to make sure we seize this opportunity.

What are the differences and similarities in the responsibilities of the arbitral institutions, the arbitrators, counsel, parties etc. in reducing the environmental impact of international arbitrations?

I believe we all have a personal responsibility to act to reduce our carbon footprint. I launched the Campaign because I felt that while people were trying to minimize their environmental impact in their personal lives, in relation to their professional lives, there was a tendency to assume it was someone else’s problem. At the heart of the Campaign is the strong message that the environment is everyone’s responsibility. Every actor in an arbitration has a responsibility to consider the effect of their practice on the environment. That is why the Green Protocols are deliberately designed to bring in every participant in an arbitration, from law firms to conference providers. This is reflected in the composition of the Steering Committee, where we deliberately have representatives from energy companies, hearing venues, legal technology companies as well as law firms, arbitrators and arbitral institutions.

The Campaign has been incredibly well received, mainly due to the tireless work of the Steering Committee.

What are the main arguments (if any) of the critics to your initiative? Or better: What are their biggest concerns?

I have had some push back to the effect that we have overstated the environmental impact of an arbitration.

How do you respond to the concerns?

The detailed case study we conducted (together with input from a specialist NGO) is extremely robust and, if anything, understates the impact of a major international arbitration due to the conservative nature of some of the assumptions we made. However, I accept that the case study is not representative of the vast majority of arbitrations. That said, there is always opportunity to reduce a carbon footprint. Even an arbitration that looks very ‘green’ can still benefit from a critical eye as to whether there is waste that can be trimmed.

As an independent arbitrator, how do you address – and maybe implement – the Green Pledge in the arbitration?

An arbitrator can download the Green Protocol for Arbitrators and Model Green Procedural Order and consider, on a case-by-case basis, whether the suggestions for reducing carbon emissions are appropriate for adoption.

How can individuals, corporations or law ﬁrms get involved in the Green Pledge?

They can go to the website and sign up to show their support, either as an individual or as an institution/law firm. But that is not enough. It’s not a challenge just to sign a Pledge. There is a saying “if something doesn’t challenge you, it won’t change you”. So signing up is not enough. The aim of the Campaign is to drive sustainable change. I continue to do the majority of my work in the energy field where I see energy companies increasingly moving to more sustainable practices and feel that if they can change then we all can change, but only if we rise to the challenge. So as a global community we must rise to the challenge of taking action with regard to our carbon footprint. I want us to rise to the challenge of addressing climate change and not to fall into the trap that I see looming on the horizon, that we spend time debating the steps we can take, we spend time talking about the Green Pledge at conferences, we spend time arguing whether a high value arbitration has a larger carbon footprint than a lower value dispute. We don’t have the luxury of that time. We are in a climate emergency and we have to all act now to address it.

How can individuals, corporations or law ﬁrms get involved in the Green Pledge?