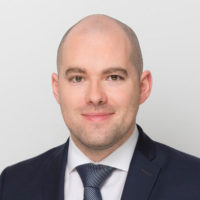 Markus, thank you for joining our first edition of “Digital Coffee Break – International Arbitration”. Let’s dive in: You have a very diverse legal background. How did studying and working in different countries influence your view on the use of technology in international arbitration?

I remember well the first digital course registration systems at the University of Vienna which depended on refreshing the page at just the right moment before the servers were flooded to secure a space in class – similar to making a reservation at some Michelin-starred restaurants today. Being a little tech-savvy got you an easy competitive advantage. But it also went to show that digitalization misses the point where it lacks a proper vision. When I enrolled at Nanterre seven years later, forms were still available in different-colored paper alongside an obscure online platform. Registering for the bar exam at Columbia was little different. The digital solutions were, in effect, an additional barrier.

In arbitration, I would like to see technology facilitate work, not the opposite. Some of the core necessities such as parallel work on a submission or efficient referencing is only slowly coming of age whereas conferences are already busy discussing “artificial intelligence” and “blockchain arbitration”. To prioritize, the focus should definitely be on “user friendly”.

Would you say that the University of Passau is a “user friendly” university?

The University of Passau was just ranked second in The Times Higher Education Young University ranking by combining substance with an interdisciplinary effort in digitalization. Technological solutions are only as useful as their purpose, so substance plays a huge role.

Prior to your current role you worked for an international law firm as counsel in a number of international arbitration proceedings. Have you seen an institution that was better prepared than others with respect to the use of technology?

Regional institutions seem better equipped to implement new means of innovation. The 2018 VIAC Rules (Vienna International Arbitral Centre), together with a newly developed internal electronic database, just introduced the possibility of electronic case management, including receipt and service of documents – with the exception of the Statement of Claim and the Arbitral Award itself, which are still served in hardcopy as well. This system is already operational for VIAC’s internal case administration. Upon request, VIAC is also able to offer online communities for the exchange of documents among parties and arbitrators. Thinking about the mass of wasted prints alone is sufficient to win me over that this must be the future.

Do you see a risk in switching to a digitalized arbitration?

Since there is an on and off discussion about online arbitration, I am somewhat skeptical about the full digitalization of proceedings though: personal contact is often essential in facilitating the settlement of disputes. But efficiency considerations might still pose certain difficulties for the institution, the parties, their counsel, and experts in international disputes without the necessary technological facilitation. VIAC has the benefit of relying on the infrastructure of the Austrian Federal Economic Chamber, in terms of hearing centre and technologies, e.g.from video conferencing to live translation in such cases.

Talking about electronic case management or video conferencing, what are your favorite “digital tools” and why?

Neither of these are arbitration tools but still: cloud computing – for making remote work so effortless that I can hardly imagine my productive flow without it – and WhatsApp. Communication on the go, across different time zones has become so much easier and responsibly managed groups can relieve much of the burden caused by excessive internal E-Mail communication. There are, of course, many other “less casual” applications such as Teams with even more integrated functionality. It should be a policy to rely on other forms of team communication other than the traditional E-Mail.

NCTAD long provides all kinds of statistics and visualizations at the push of a button to counter much of the fake news out there such as states losing the majority of cases.

What are the benefits of digitalization and technology in international arbitration? What are the concerns?

When it comes to electronic case management, I think the benefits are quite obvious: it is convenient and it reduces costs. It will also relieve counsel of such tedious tasks as having to double check multiple hardcopies for submission. That it works has already been proven by the use of tablets as opposed to hardcopy evidence during hearings.

What about data security?

Of course, data security will continue to be an issue. Just as we weigh comfort and privacy in our every-day lives, we will have to compromise. But I fail to see why an electronic case management system should be considered that much riskier than a ledger left in the back of a cab. It is good to be aware of the issue but one should not fret it either. The fact that we use E-Mails for most of our professional and confidential communication should allow us to reconsider. Hopefully, GDPR concerns will not paralyze institutions in developing efficient tools (although it will only be a matter of time before the first submissions or documents are scrutinized as to GDPR compliance, with or without digitalization of proceedings).

Your research largely lies in the field of investor-state dispute settlement (ISDS). Do you see how the use of technology will have a positive effect here?

I am worried about the direction in which the current debate is going. As opposed to the refugee crisis or environmental concerns, foreign investment seems to be an area in which the resovereignization of international law and populism are perceived as a good thing. The earliest proponents of international arbitration at the turn of the 19th century saw quite clearly that states could only be nudged into binding arbitration by allowing them to nominate one of the “judges”. Now we have the EU rejecting this form of alternative dispute settlement and proposing tribunals constituted from a list of state-nominated arbitrators. I fail to see how this is a step towards compliance with an international rule of law. Technology has surely helped address some of the concerns put forward regarding the current ISDS system. As more and more procedural steps are made available digitally to the public and hearings are streamed, as in the Vattenfall proceedings, transparency concerns should have been hoped to seep away. UNCTAD long provides all kinds of statistics and visualizations at the push of a button to counter much of the fake news out there such as states losing the majority of cases. The issue is that many of the critics are not really interested in that kind of factual argument.

What are the requirements for a practitioner to guarantee the successful digital transformation of international arbitration?

To address the concerns we just discussed while putting confidence in what is happening technologically. Credibility also requires being a little tech-savvy. It will also need some gut feeling on the side of practitioners to identify where a new tool or technology might actually facilitate substance. Clients will not be interested in digitalization for the sake of it.

Looking at the impact digitalization will have: Do you believe that the entire system will undergo a transformation or are you of the opinion that there are some areas that will not be affected?

There are areas where “analogue” solutions still work best. A former law firm colleague and I had been floating the idea of an arbitration materials collection for Austria, Germany, and Switzerland for some time. We built from our own experience as counsel, starting off each proceeding by printing out various rules and guidelines, only to start on Groundhog Day the next case. Doing some coffee break “market research”, we were discouraged, the argument being that everything was available digitally nowadays. To the contrary: the collection has been a tremendous success! We have received so much positive feedback, including from clients, that we are already preparing a follow-up edition to be published ahead of the upcoming Vis Moot. And the collection also comes together with a downloadable app, although that still needs to become more integrated with other tools to fulfil its potential.

Do you believe that artificial intelligence will become relevant in international arbitration and, if so, how?

The issue I take with the discussion about “artificial intelligence” is that we are mostly discussing something much more basic. Text recognition tools and “smart contracts” consist of predefined triggers and automations. When I look at the results of my speech recognition software, I doubt that oral hearings could be a part of this any time soon. Somehow, it reminds me of the ominous idea of “blockchain arbitration”; nobody has been able to properly explain to me so far what is its revelation – and I am not a cryptocurrency illiterate. Once we can mirror justice and equity in a machine, then will we have artificial intelligence in arbitration: when a computer decides for itself whether a fundamental change of circumstances is a valid ground for adaptation or revocation of a contract.