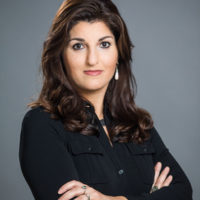 Niuscha Bassiri is an admitted attorney in Germany and Brussels. She is counsel and arbitrator in international arbitrations under the major arbitration rules, governed by various procedural and substantive laws, relating to diverse legal issues and sectors. A frequent public speaker on arbitration-related matters, she has been lecturing for nearly a decade at the ICHEC Business and Management School in Brussels and is a lecturer in the LL.M program of the University of Miami, teaching the New York Convention.

Niuscha, thank you for joining us today. While reading your article “Arbitrators and Their Online Identity” I realized that nowadays everybody is using social media, not only privately, but also in a professional setting, such as LinkedIn. Looking at the current situation and that of the past few weeks, this is increasingly the case. When did you first realize that the use of social media might have an impact on arbitrators and their profession?

Back in 2016, when I first started my research on arbitrators and their online identity, I was not a user of social media. I had abandoned Facebook in 2010 after four years and was set to ignore any social media for private use. This was before I recognized the benefits of social media in the professional setting. It was, however, after the IBA had revised its Guidelines on Conflicts of Interest in International Arbitration (“IBA Guidelines”) in 2014, inter alia, categorizing contacts between arbitrators, counsel, parties and their affiliates through social media as Green List situations. Accordingly, the IBA Guidelines foresee that social media contacts do not need to be disclosed. In that same year, 2014, case law emerged in France involving an arbitrator and his social media activities.

When and why did you personally decide to set up your own LinkedIn account?

In 2017, for the purposes of my own research, I subscribed to LinkedIn. At that time, arbitrators were not major users of LinkedIn, while other arbitration practitioners were, such as those acting as counsel and those in academia. It probably still took a year for
arbitrators in Europe to discover LinkedIn, while their US American colleagues had a head start. Observing this trend, I realized that social media activities do have an impact on arbitrators, some of whom were innocently using LinkedIn as an online networking coffee break, forgetting that thousands of other users can view their activities, not just the couple of people they would have managed to talk to during the coffee break of a conference.

What are the main risks when using digital profiles as an arbitrator?

We can distinguish between user-based and technical-based risks. The user-based risks are those risks that pertain from the social media user, the arbitrator themself. From the most recently available statistics on LinkedIn, we know that 40{718b9ced08972fc2bac975a2c3f579c8870b95101741c4edac14e613d6e7aee2} of members of LinkedIn are daily users. Moreover, about 59{718b9ced08972fc2bac975a2c3f579c8870b95101741c4edac14e613d6e7aee2} of members use LinkedIn on their mobile devices. Bearing in mind these statistics are from 2014/2015, these numbers are probably higher today. Arbitrators are amongst these groups. Therefore, it is inevitable that an over-active arbitrator on LinkedIn might take an action that they have not thought through and might haunt them later. This can also inadvertently happen in relation to an ongoing arbitration.

The technical-based risks are those risks that stem from an abuse of the profile of the arbitrator when, for example, a third party creates a fake profile of an arbitrator,  unbeknownst to them. Defamatory comments on the fake profile can harm, even destroy, the career of the arbitrator due to the easy republishing feature on every social media platform. Indeed, this is the reason why it is recommended to create a social media profile even if there would be no use of the profile. An abuse of the arbitrator’s online integrity by a third party would be thus avoided, or at least limited.

What is your personal take on having an online identity as an arbitrator?

I am aware that my view may not necessarily be echoed by the wider arbitration community, but my motto is: “better safe than sorry”.

Imagine the following scenario: the arbitration community is rather small and people know each other. Can the arbitrator freely “like” and comment posts of another person and will this raise questions around impartiality?

We can distinguish between user-based and technical-based risks

How is online behaviour dealt with by the IBA Guidelines?

The predictive comments ready to click on by LinkedIn – “Congrats, Benjamin” and the like – make an over-enthusiastic arbitrator on the go, traveling from hearing to conference, more prone to questions of impartiality. Thus, the IBA Guidelines fall short when Green Listing social media connections. They lack a sufficiently nuanced perspective as they have not taken into account the various features of each of the different social media platforms. Indeed, case law shows that some judges and arbitrators might have been misled by the blanco recommendation that social media connections do not need to be disclosed.

Are there any (official) guidelines / ethical rules defining appropriate behavior for arbitrators?

There is the College of Commercial Arbitrators’ “Guidance Note: Arbitration and Social Media”, which contains general guidelines on the duties of arbitrators when conducting themselves on social media, such as the duty to:

(i) maintain independence and impartiality;
(ii) refrain from ex parte communications;
(iii) maintain confidentiality;
(iv) avoid activities that impair a user’s confidence inarbitration etc. Other than this, there are no specific guidelines that regulate arbitrators’ behavior online.

Looking at other guidelines, are there any potentially problematic online behaviours you think need to be addressed for arbitrators?

Inspiration can be drawn from guidelines available for judges. For instance, in 2018, the UNODC released “Non-binding Guidelines on the Use of Social Media” for judges, which contains specific guidelines on content and behaviors in social media, friendships and
relationships online. These guidelines provide, inter alia, that where the degree of interaction becomes more personally engaged or intimate, judges may need to test and control their interaction. In specific situations, disclosure, disqualification, recusal, or other actions similar to those established for conventional offline relationships may be necessary. I find this to be a useful source of guidance that can be used for arbitrators.

How do countries individually approach the issue of the use of social media? Can we find specific rules in different jurisdictions?

Yes, there are guidelines for judges available in many countries that refer to social media conduct, for example, in the United Kingdom, Belgium and various States in the USA, most prominently California. In 2018, the Californian Code on Judicial Ethics was  amended by its Supreme Court, and the commentary to it now includes a recital on social
media behavior, both professional and personal. As per the commentary, “[t]he test for the appearance of impropriety is whether a person aware of the facts might reasonably entertain a doubt that the judge would be able to act with integrity, impartiality, and competence.” Also, various bar associations, including the IBA and ABA, have published guidelines for social media conduct for lawyers generally, and those could also provide useful reference points.

What is your advice for arbitrators managing their online profile?

Which “online behavior” would undoubtably be considered as a “red flag” when it comes to impartiality?

So, basically, one has to look at the case to evaluate whether the behavior violates any ethical rules or guideline?

Indeed, it comes down to balancing the realities of professional life on the one hand, and general integrity of conduct on the other. For instance, the Californian Judicial Ethics Committee lean towards the former, by not prohibiting communications between attorneys and judges in general, but only when the attorney is currently appearing before the judge. Similarly, case law from continental European countries, such as Germany, has shown that judges’ personal views posted on social media platforms can raise legitimate questions on their independence and impartiality.

Have courts already handed down decisions in this respect?

Yes. Courts in France, Peru, Denmark and Germany have decided on issues arising out of judges’ conduct on social media.

What approach do these courts take with respect to online profiles?

The line of jurisprudence is of course inconsistent, although one can read the case law with some semblance. In general, courts do not attribute much weight to social media friendship per se, but social media activity, either personally directed towards a concerned party’s social media account or relating to general views on some issues, has been looked at more skeptically. In fact, in the German case, a challenge to the judge was successful in a criminal case on grounds of his private social media activity. The issues considered in the French, Danish and German courts all ended up before those jurisdictions’ respective highest courts, the Supreme Court. Thus, the relevance of judges’ and, by analogy, arbitrators’, social media activities, cannot be played down.

Can an arbitrator be held accountable if someone they have never met in person and frequently shares articles likes posts of that arbitrator?

I would not go so far as holding an arbitrator accountable for another person’s actions. It does, however, cast doubts about the intimacy and extent of the relationship between the arbitrator and that person.

Despite the pitfalls of having and actively using an online profile you have raised, would you still recommend that arbitrators use such platforms?

The answer is definitely: yes!

With or without COVID-19, which caused the cancellation and postponement of hundreds of arbitration conferences and hearings worldwide, the parallel virtual word of professional connections and exchanges is constantly expanding. The acceleration of this expansion will not be halted. Better to embrace it – but with care.